Who can benefit the most?      Benefits for the elderly

Benefits for the elderly 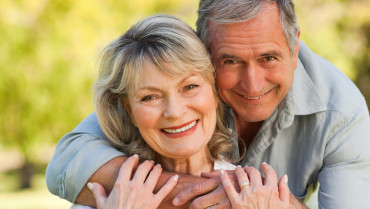 Large amounts of environmental toxins have the ability to store in the human body and accumulate over time. Whether it is various heavy metals (cadmium, lead, mercury, nickel, ...), organic substances (such as PCBs and dioxins) or various mycotoxins (toxic substances, secondary metabolites of microscopic fungi, which can be carcinogenic and immunotoxic). After a while, they can reach a critical level after which their negative effects will show. They can also reduce the activity of the immune system and help develop various diseases. An ill person loses energy and zest for life.

But even people in the advanced stages of their lives do not have to be sick.

Due to their complex chemical structure, humic acids are able to bind these toxins tightly and help eliminate them from the body. Humic acids also contain mineral and trace elements in chelated form, which are easily used in the body. By releasing them, the inner harmony of the body is balanced and the overall vitality of the person is improved.

Who else can benefit the most?

Individuals living in a polluted environment

On the doctor's recommendation