Who can benefit the most?      Individuals living in a polluted environment

Individuals living in a polluted environment 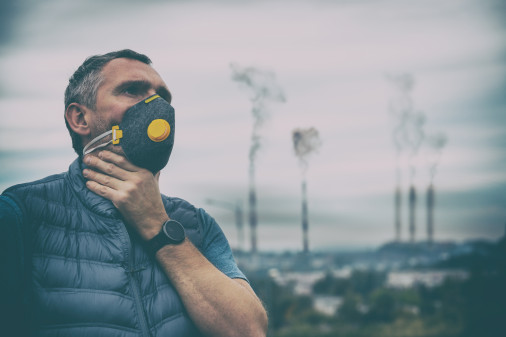 Among the most common contaminants in the air and the environment are heavy metals (cadmium, lead, mercury, nickel, etc....), pesticide residues (they accumulate in food, e.g. fish can contain up to 1000 times more than elsewhere in the environment), residues of veterinary drugs (mainly end up in eggs, honey, meat, fish, milk, etc...), nitrates and nitrites (they are a common part of the environment, but in living organisms they can change into toxic substances), polycyclic aromatic hydrocarbons (formed from the incomplete combustion of carbon containing materials such as grilling of meats and many industrial processes; PAH can cause oncological diseases), polychlorinated biphenyls (PCBs; they arise from industrial production and are mainly characterized by carcinogenic and immunotoxic effects), mycotoxins (toxic substances, secondary metabolites of microscopic fungi, which can be carcinogenic and immunotoxic) and others.

A healthy atmosphere and environment are essential for human health and well-being. However, our surrounding environment can also be a source of stressors, such as polluted air or dangerous, health-threatening chemicals. In everyday life, people can come into contact with various chemicals found in polluted air, water, consumer products and food. Some hazardous chemicals can persist in the environment and bioaccumulate in the food chain. The growing volume and number of chemicals used in everyday life, together with growing demand for chemical production, indicate that exposure will continue to rise. The potential effects of exposure to chemical mixtures during our lifetime, especially during vulnerable periods of life such as early childhood, pregnancy and old age, are especially of concern.

Due to their complex chemical structure, humic acids are able to form strong chemical bonds and interactions with these contaminants, thus absorbing them into their structure and eliminating them from the body.

Who else can benefit the most?

Benefits for the elderly

On the doctor's recommendation